After winning the 2021 BIFF Jiseok Award for the movie Gensan Punch, Japanese actor Shogen is back in Busan this year with the new film December directed by Anshul Chauhan.

Shogen started his movie debut in Bloody Snake Under the Sun back in 2005. With his continuous passion for acting for almost 16 years, Shogen shares his story about his achievements, the filming process of December, and what future projects to look forward to.

How are you enjoying Busan so far?

I am so happy to be back here two years in a row. We had a really good time last year, but this time it is even better because more people are coming to support the movie due to the lifting of the COVID-19 guest limitation for the movie screening. I also attend a lot of parties as well. It is some kind of reunion with a bunch of international filmmakers and I am having a great time every day.

This year you came to Busan to promote the movie ‘December’. Can you tell us more about the movie?

After my devotion to ‘Gensan Punch’, I still could not get out of emptiness even though I was doing a bunch of other stuff. So I needed a new challenge and the director of December, Anshul Chauhan happened to be my friend. We always talked about doing something together and then he sent me four projects. And we chose the toughest story which is December. The movie itself tells a story about a father whose daughter was murdered by her friend. After 7 years there was a retrial to investigate that case where the divorced parents of the victim meet each other again, and that is when the story starts.

Your character in the movie Gensan Punch is entirely different in December. You were playing a role of a dad in this movie. How do you develop this character in yourself and what was the most challenging part of it?

First of all, I don’t have kids in my real life. So in the early stage of preparation, I spent time with Kanon Narumi who plays my daughter in the movie. We hung out, ate pancakes, and even went to the restaurant she works for her part-time job together with Megumi who played the role of my ex-wife in the movie. Also, I set her picture as my phone lock screen which a father would do, trying to immerse myself in the character. There was so much more preparation that I can’t explain here.

Can you share one of the unforgettable moments during the filming process?

I couldn’t remember exactly any specific moments but it could be a good sign of being in the zone. One thing is after I watched the film for the first time in BIFF, I got flashbacks and the pain got back to me. It was too painful to watch the movie, I couldn’t even talk properly at the Q&A session at the end of the screening. It was tough because I really created the agony of my character.

How does it feel to be nominated two years in a row for the Jiseok Awards?

I also received an award from Asia Star Awards 2022 recently. It is such an honor! BIFF really inspired me and encouraged me as an actor. I feel at home here because the entire staff and audience treat me very well. I would love to come back here with the new project.

What would you say to yourself who had come so far and made incredible achievements in terms of career?

I still needed to make great efforts. I always want to improve and challenge myself by trying new things.

What character would you like to try to play in your next movie?

I’ve been thinking and researching what I would like to do next. Uhm, I still don’t know but I’ve met a lot of talented filmmakers here. It would be wonderful if we can create something experimental together.

What can we expect from Shogen after this? Is there any upcoming project would you like to spill to us?

Actually, I have a lot of movies coming up really soon. One of them is titled Lightning Over the Beyond which will have its world premiere at the Tokyo International Film Festival at the end of October. I hope you have the chance to see it. I have been a workaholic this last couple of years, especially during the pandemic but now I would like to chill a little bit.

Lastly, can you tell our readers why December is worth a watch?

One of the reasons why I chose this story is because I felt like there have been some estrangements between people especially during the pandemic. I do not know about other countries but in Japan, for example, celebrities, even ordinary people when they make one mistake, anonymous people would just attack them through social media. Even if they’ve done something wrong, those accusations made me sad. This movie is all about revenge, redemption, and forgiveness. And also I heard juvenile delinquency is a social problem in Korea as well. I believe Anshul depicts all those elements excellently putting in the film. If I had kids in real life, and if they got murdered, to be honest, I didn’t think I had the confidence to forgive the perpetrator. But through this character, I wanted to see something beyond that. December has made me question and reflects on myself. 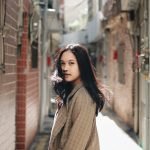 Maria Teresa
Maria Teresa is a senior university student from Jakarta at Kyungsung University majoring in Public Relations and Advertising.

BIFF Review: After Passing Away

BIFF in Photos: Talk-to-Talk: Cinema Together ‘Critics and Journalists’