Each year, my first step in choosing films to watch at BIFF (a lengthy, arduous process which involves elaborate spreadsheets) is simply to scan the list of films and circle titles that ‘speak to me’. This year, the first title that jumped off the page was Beasts of the Southern Wild.

The next phase in my process is reading through blurbs. Yet even after reading through the description of ‘Beasts’ three times (a six-year-old protagonist, a forgotten Bayou community, a storm that awakens a herd of prehistoric aurochs) I had no idea what to make of this film, yet I was intrigued.

It wasn’t far into my subsequent research stage that I learned that Beasts of the Southern Wild tops many ‘best’ lists from festivals around the globe and is an early favorite in the Oscar race. And it was here that I was faced with a twofold dilemma.

The first half of the problem was build-up. Though I often check out critics’ scores to weed out crappy movies, I don’t like being told what I’m supposed to like. Yet as BIFF drew nearer, my excitement for Beasts swelled, to the point where I was near tears when I finally secured my ticket.

Also, I really like going into a film knowing as little about the story as possible. I focus my research on the filmmakers’ approach, the director’s aesthetic and themes, and do everything in my power to avoid reviews, trailers and detailed plot descriptions. Trying to learn about a film being touted as the ‘best of the year’ without exposing myself to opinions or spoilers was a pretty difficult task.

The film opens with six-year-old Hushpuppy (Quvenzhane Wallis) listening to the heartbeats of various animals that reside around her ramshackle house in southern Louisiana. Hushpuppy lives with her father, Wink (Dwight Henry), in “The Bathtub”, a community whose small collection of residents refuse to evacuate despite the fact that it lies beyond the protection of a nearby levee.

The story centers on Hushpuppy’s relationship with her ailing father. Wink’s harsh methods of lesson-teaching, by the rules in our world, would be considered abusive. However, in this seemingly alternate reality that director Benh Zeitlin has so masterfully created, his parenting is underscored by a fierce love for his child and his resolve to ensure her survival.

The themes of survival and strength are reflected both in the magical realism introduced when an ice cap melts, awakening prehistoric aurochs, and in Hushpuppy’s musings about the connectedness of all living things.

Though some of the voice-overs feel contrived (the language is far too eloquent for a child of this age and level of education; blame this on the fact that Beasts is adapted from a play), the narrative offers profound insight.

The emotion conveyed by both Wallis and Henry is so authentic, and the chemistry between them is electric. Kudos to Zeitlin for being able to elicit such incredible performances from first time actors. (The cast has been deemed ineligible for SAG awards since none are professional actors.)

Beasts of the Southern Wild is an exquisite film, one that cannot be pigeonholed by genre or premise or technique. Zeitlin transports us to a world that is on one hand timeless and enchanted, yet hauntingly true to contemporary struggle and the human condition. Hushpuppy is a heroine whose beautiful, stoic face and clear, strong voice will be etched on my brain for a long, long time. 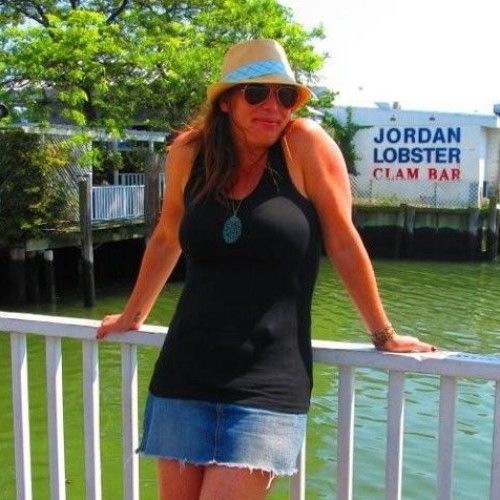