Announced this weekend as the winner of BIFF’s prestigious Busan Bank Award, ‘Pulse’ comes to Busan as the first collaborative feature from the Australian team of director Stevie Cruz-Martin and writer/star Daniel Monks. It tells the story of Olly (Monks), a gay high school student with a physical disability, who jumps at the chance to stop a degenerative disease in its tracks by availing of a cutting-edge body transplant operation. So, the mind of our self-conscious, troubled hero is transferred into the new, female body of Olivia (Jaimee Peasley), setting into motion a series of events that challenge its characters and the audience in several very well-observed ways.

The film doesn’t bother trying to justify the science behind the body transplant, and nor should it; the procedure merely serves as the impetus to move the story forward and to explore the questions that the film wants to explore. This is not a film about science, it’s one about characters and ideas. Central among these characters is Olly, played with a very real vulnerability and rawness by the film’s writer (and editor) Daniel Monks. The film is clearly an extremely personal one to the star, with a script long in gestation and the movie even, at points, features home movie footage of a young Monks dealing with his own disability. It’s an astonishing, arresting performance from Monks, and one of the finest I’ve seen at BIFF this year.

Post-surgery, the film switches back and forth between showing the audience the new persona of Olivia on-screen, and the Olly we’re already familiar with from before the procedure. It’s a striking choice, and one that the film uses to great effect in places. Much of the film’s core is in Olly’s exploration of his sexuality, and it is in these scenes that we generally see the new persona and body of Olivia, but often he is pulled out of this and reminded of the identity that he still hasn’t shaken off, bringing Monks back onto the screen. It’s often jarring, and forces the audience to think about the vast chasm that exists sometimes between how we view the same actions performed by different genders. A disheveled young woman on an early morning train gets very different looks from commuters than a man does in the same situation. Olly has too much to drink, and he’s the subject of playful derision from his mates and the exasperation of his mother, but a drunk Olivia becomes the immediate target for sexually predatory men. It’s an idea I haven’t seen explored in this manner before, and I love that the film totally sidesteps the standard comedy pratfalls of body-swap movies, instead playing the scenario totally straight and with its feet planted firmly in this (often grim) reality.

Among the rest of the cast, there really isn’t a weak link among them, with the core group of Olly and his three best friends (all well-played by Scott Lee, Sian Ewers, and Isaro Kayitesi) displaying an ease of interaction and chemistry that never makes you doubt the genuine-ness of their friendship. It’s so natural that it even lends the film the feel of cinéma vérité at times. And Caroline Brazier turns in a heartbreaking performance as Olly’s mother, Jacqui, filled with sadness and hope and all the complex emotions of a mother who purely supports and wants the best for her child, but is simply struggling to handle everything that’s happening to her and her family. It’s a testament to the character work here that above all else, even after spending a mere 90 minutes with them, you simply want them both to be happy, and the smiles they do share with each other are cathartic and are moments that the film really, really earns.

Also serving as cinematographer, director Cruz-Martin allows her cinematography to really take a back seat to the characters. ‘Pulse’ is not a cinematic film, and I don’t think it aspires to be. Party scenes feel un-staged and wholly natural, and throughout the film, the camera seems to be reacting to the actors’ movements, rather than looking like actors hitting their marks in service to cinematography. Extremely shallow depth-of-field permeates the movie, and renders setting and background almost unimportant – as a viewing experience, this is a movie all about faces, about bodies, about expressions and eyes. It’s a choice that demands a lot of the film’s actors, and they don’t miss a beat.

Much of its shoestring budget coming from crowdfunding, this is a film that deserves an audience, and its success here in Busan will hopefully give it that. And it’s surely significant that a movie so steeped in LGBT issues won an audience award in a country that, at a political and legal level, gives no recognition to the rights or acceptance of the people in this community. It’s clear that writer and star Daniel Monks put his heart and soul right onto the screen for all to see, which must be commended in any artistic pursuit, let alone when it’s as well-executed as it is here. ‘Pulse’ is a brave, thought-provoking piece of filmmaking and storytelling, and a movie with a real, beating heart at its core. 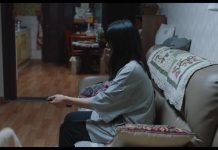 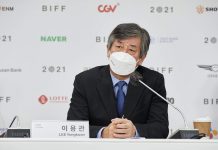