Big Day South comes home to Busan for a day of art and music.

Angle Magazine’s flagship event is coming home. The audio-visual festival returns with a bang after a one year hiatus, with the biggest line-up to date. Taking place on April 28th in four venues around the PNU area of Busan, the festival celebrates the creatives who live and work in the southern half of the country. The ethos of community and collaboration remains as strong as ever, with bi-lingual music site DoIndie adding their experience and expertise to the event.

Given the expansion of the festival, the variety of performers has also grown. Participants come from Daegu, Gwangju, Jinju, Jeju, Ulsan, Changwon, and of course, Busan. The definition of community has also opened up to include Seoul artists who regularly travel south and have built a place for themselves in the southern scene. With a history of showcasing what happens outside of Seoul, this year the festival will be part of an overall effort to create a stronger link between the two communities.

Continuing the theme of collaboration, Busan arts collective Exotic Beasts will team up with Seoul collective Crazy Multiply for a joint exhibition at Art Gallery Open. The space will also hold interactive art, and screen printing by MINI Print. The exhibition opens from 10am, and will run until 6pm.

As regular attendees of Big Day South are well aware, the festival is about more than music. This year’s performance art stage has been curated by past performer Cindi L’Abbe, and will feature dance, acrobatics, poetry, theater, and improv performance on the ground floor of Someday from 12pm until 3pm as well as a pop-up exhibition by Busan artist Myung Hee Yoo.

This year’s main music showcase will take place on a staggered schedule with 10 acts performing between Interplay and Basement from 3:30. Alongside acts like All I Have, B9, The Vastards, and Banana Monkey Spanner, who represent the exciting Busan music scene, you can catch Seoul garage punk act Nametag, Changwon psychedelic rock band Uncle Bob, and Gwangju skate punk band Dirtyrockhon. In addition, the world-wandering, electrifying duo Tengger will be joined by the fun and danceable pop band, Windy Cat from Gwangju and Jeju-based Ruth Minnikin will bring her 20 years of experience in the music industry with her soulful, folk and roots-inspired singer-songwriter style.

The festival will wrap up with a party stage at Someday, and those who are still standing at the end of the night will be treated to rollicking performances from TFO, The Magus, Billy Carter, and Drinking Girls and Boys Choir.

Big Day South creates a space for community, collaboration, and appreciation of the great stuff people make and do all over Korea. Audience members are encouraged to share their photos or video of the event under the #bigdaysouth hashtag, take full advantage of interactive art, and of course, dance their asses off. We can’t wait to party in Busan with all these great artists and you.

Tickets are available for purchase at anglemagazine.co.kr. Full day passes are 25,000 won in advance or 30,000 won at the door and single entry tickets to each stage are 12,000 won. 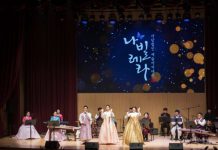 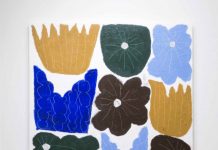