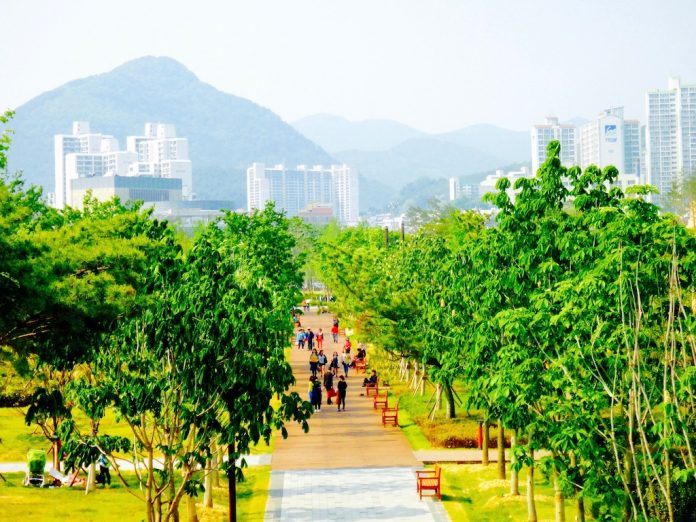 With five themes and 29 attractions, the park is the latest in the city’s revitalization projects to attract visitors and establish itself as a world-class city. The site of Busan Citizens Park was a racetrack during the Japanese colonial era, and after the independence of Korea, it became a U.S. military base, Camp Hialeah. In 2010, the area was returned to the Korean government, and then control was transferred to the city.