Barnett’s personality shows through her music in the witty humor and distinct rambling vocals that placed her at the top of the indie rock scene. The Australian singer started out with small goals and local press during the release of her debut EP, I’ve Got a Friend Called Emily Ferris. Her local fanbase quickly grew internationally with her 2015 hit album Sometimes I Sit and Think, and Sometimes I Just Sit. Here she concretized what she’s best known for today — deadpan singing and erratic riffs and plucking.

The indie singer takes the mundane and picks it apart to make it almost surreal. Her hit song Elevator Operator simply tells the story of a woman and an elevator operator having a quick conversation. She spins this interaction to discuss youth, life, and death all at once. Her song Nobody Really Cares If You Don’t Go to the Party does something similar, highlighting a repeating line about conflicting feelings about going out or staying in bed. Her music explores the everyday interactions and activities that drain the life out of her, and evidently, of her growing fanbase. The heaviness of the meaning behind her lyrics complements her straightforward vocals and unique use of instruments.

Tools of her trade

AXS points out how Barnett is one of the few left-handed guitarists out there, with an impressive plucking technique she developed on her own. She has claimed in interviews that her secret talent is to play right-handed guitars upside down. Jokes aside, you can see how Barnett loves guitars by the way she picks them. For most of her early tours, she used an iconic Harmony H59 Rocket Semi-Hollow Electric guitar.

And after retiring her Harmony Rocket, she is now often spotted with the American Standard Fender Telecaster, which is more durable and easy to tune.

What really makes Courtney Barnett stand out from the indie-rock crowd is her love of pedals that produce unforgettable sounds. Mixdown Magazine lists her favorite pedals which include the Boss BD-2 Blues Driver, MXR Carbon Copy Analog Delay, and the Fulltone OCD. The Fulltone OCD is one of Barnett’s main pedals and is used by the musician for her heavier sounds, and has been a constant on her board as others get shuffled out. It can handle anything from heavy crunch rich with overtones to spanky cleans, which is why it’s not surprising that it’s a staple for Barnett. A recent addition to her pedalboard is the Boss CH-1 Super Chorus, which she used in some of her songs in her debut album live.

Don’t miss Courtney Barnett and other hit artists at the Busan International Rock Festival on July 27, 2019 at the Samnak Ecological Park. Tickets are priced at 66,000 won for the one-day pass, and 88,000 won for the two-day ticket. You can visit the event’s official site for the complete details: busanrockfestival.com. 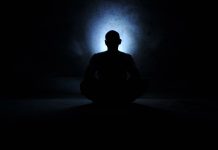 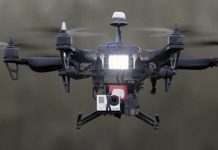 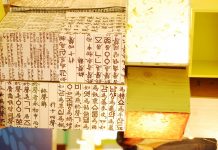 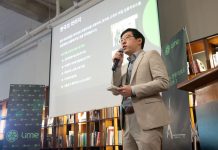 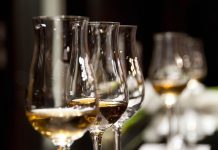