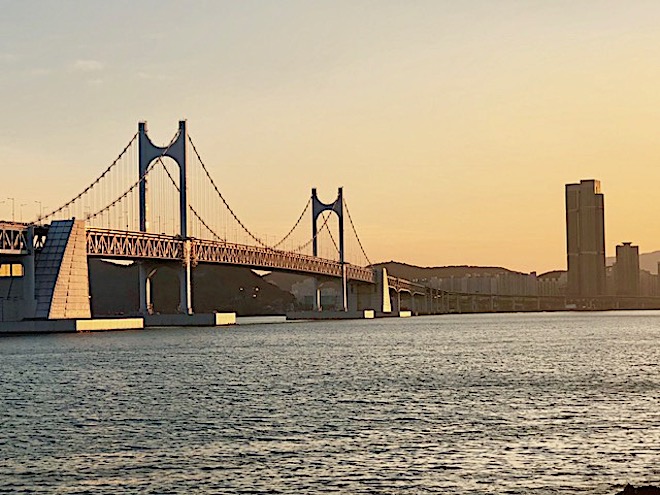 City Looks to Build a Pedestrian Sidewalk on Gwangan Bridge

The city of Busan plans to carry out a feasibility study for the construction of a pedestrian-only sidewalk on Gwangan Bridge in March.

According to the city’s review, a pedestrian-only sidewalk would more likely be made on the upper deck than the lower one.

A city official said the city will consider the road width, vehicle speed adjustment, safety measures, construction methods, and installation of any additional facilities to create a new and safe tourism resource.

With a budget of 90 million won, it is expected to take eight months to complete.

The city of Busan has been actively looking for new tourism hotspots for the city to revitalize local tourism.

The city of Busan has launched a marketing campaign for the movie, Parasite.
Read more
Busan News

Number of People Being Monitored for COVID-19 Decreasing in Busan

The number of people in Busan being monitored for the COVID-19 virus has decreased for the first time.
Read more