Since regular Korean hanu barbecue is available only for dinner or on weekdays and we still wanted meat, we ordered Eonyang Yuksu Bulgogi — a Korean style seasoned beef.

Eonyang Bulgogi originated in Eonyang in Ulsan sometime after the Korean War. During difficult times, people still tried to have meat for special occasions. Though Eonyang was one of the main cow breeding areas in Korea, hanu was still not easy to get so they started to season the thinly sliced meat with soy sauce, sesame oil, and sugar.

Many workers from all other areas who were helping to build the Gyeongbu Expressway at the time fell in love with the taste of Eonyang Bulgogi and it became popular in Korea.

In keeping with tradition, Eonyang Yuksu Bulgogi at The Mat is carefully seasoned after your order and served with the special round grill pan, which comes with hot meat soup with mushrooms and noodles.

The steam from the soup prevents the meat from burning, and it can be a dipping sauce or as a hot soup to enjoy with your rice and meat.

The meat was soft and seasoned nicely — not overpowering, and its deliciously salty sweet taste was so nicely soaked in the meat that it went perfectly with rice in lettuce wraps.

To finish up the dinner, there should be noodles or Korean stew doenjangjjige or gimchijjige.

We chose Bibim noodles which are served for 10,000 won and noodles with icy soup for 11,000. If you cannot pick only one, you can order banban, which you can have bibim at first then add the soup to make noodle soup.

During the lunch hour (noon to 1 p.m.), this place is packed with workers of companies and universities around the area. Valet parking is available when needed. There are a few different sizes of rooms for groups.

Looking for food delivered to your door? Haps has teamed up with Shuttle to offer you a 4,000 won discount with your first delivery order from local restaurants in selected areas of Busan. 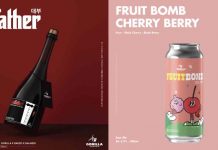 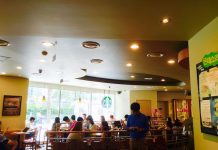 Starbucks Adds Four Drinks to its “Delivery Only Menu” 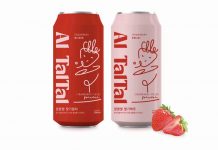