Situated around the Pale De Cz in Haeundae, Yeyije, an old Korean expression meaning ‘the past and now’, has beautifully combined modern and traditional Korean touches in their space and food.

Yeyije moved from their previous location right across the street to provide a classier environment four years ago and the owner’s inspirations are everywhere from the interior right down to their small dishes. It is also known for using only natural or homemade-style aged spices and seasonings for nearly 20 years.

Upon arrival, the first setting on the table, from the utensils and table napkins, offers a simplistic, yet classic Korean-style feel that subtly contributes to a memorable experience. Course meals are available for more than one person, however the Ye lunch set is not available on weekends and national holidays.

My friend and I ordered Yi from their regular course menu and we were very impressed with the impeccably prepared and beautifully served dishes; the freshness and taste of the dishes were amazing even for those who aren’t the biggest fans of Korean food. The elaborate seasonings were not overpowering nor salty and blended perfectly with the ingredients.

Every serving came with just the right portion of food which may not seem like a lot at first, but after seven courses, it does leave you quite full.

After jeonchae (Korean for appetizer), we were served hoe, salad, octopus slices, and gujeolpan. The hoe came with a variety of seasonings which so you can enjoy different tastes to your preference.

The name gujeolpan originated from the dish with eight angles that contains nine different kinds of food separately on it (gu means nine in Korean). Gujeolpan consists of grilled wheat cakes to wrap, in the middle, and eight kinds delicacies for stuffing, which comes with an accompanying sauce for flavor. The grilled wheat cakes are various in color depending on the natural ingredients added. It was delightful to enjoy so many various Korean dishes, and you are spoiled for choices in their course offerings. Every dish was fun to try and nothing was disappointing or overwhelming, even to the most discerning eater. At the end, we were served jinji, a highly polite Korean term for a meal which usually includes rice, soup and side dishes. The rice we were served was cooked with herbs in individual small pots. It was visually stimulating and the deep tasting seaweed soup was perfect to finish up the course meal before dessert, which also helps with digestion.

The fish dish which accompanies can be grilled or hard-boiled with spices depending on which way they serve it that day.

Yeyije is a great option for any gathering — from a simple lunch alone or with a friend, to a meeting, a birthday party, date night to impress, or to a first meeting with your lover’s family.

If you are dining alone or you are not in the mood for their selection of course meals, there are simpler choices including grilled fish for 29,000 won, galbijjim (Korean style short beef rib stew), bibimbap or some other seasonally offered meals which are available for around 10,000 won to 20,000 won.

There are different kinds of premium Korean traditional alcohol on sale from 15,000 won to 55,000 won, while soju, beer, and makgeolli range from 5,000 won to 9,000 won. There are also some wines, whisky and sodas available for purchase. Yeyije has had a devout following for the past 20 years by diners who look for quality and healthy meals, or who want to enjoy a meal more dedicated to taste rather than seasonings you might get at other Korean restaurants.

Reservations are highly recommended, and especially in December during the holiday season, around one month in advance is needed.

Yeyije Galbi, a Korean hanu restaurant is also run by the same owner in the Pale De Cz which offers a similar dining experience with Korean beef as its main menu. 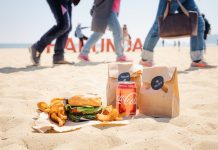