Aylward’s road to success is well-known amongst veteran expats in the country. He began in Korea a short 11 years ago — he did his first stand-up gig in 2005 on a bet before forming Stand Up Seoul back in 2009.

Since then, the Newfoundland native has embarked on a journey around the world hitting the comedy circuit performing hundreds of shows in Asia and North America.

Having seen Aylward’s show back in 2012 in Busan, he’s raw, intimate and downright hilarious. His “I’m in a Pothole!” video which saw him shoulder deep in a pothole back in 2014 satirically commenting on the state of roads in St. John’s was an epic rant showing his comedic genius.

He returns to Korea this week for seven shows beginning this Thursday night at Pub210 in Bundang before hitting HQ Gwangan on Friday and Tilt Bar in Pohang on Saturday before heading back to his old stomping grounds where it all began in Seoul next weekend.

Now based in Bangkok, I talked with Aylward about comedy, his life in Asia and how long he could do a set about Donald Trump.

Are you excited to be back?
Of course. Korea will always be a special place for me. I lived in Korea for six years and it is where I first jumped on stage at an open mic to give stand up a go. I still have great friends throughout the country and hanging with them is one of the main reasons for this tour.

What made you decide to base yourself in Bangkok?

It’s Thailand! I love it here. Also, my girlfriend has a job teaching at an international school in Bangkok. We plan to be here for a couple of years. It’s actually a great hub to be based out of. Very central geographically. Also, I’m getting a massage as I write this.

You’ve got Canada, Korea or Thailand to live for the rest of your life. Which one are you choosing?

Thailand. I’d rather live in a military dictatorship than pay $10 for a head of cauliflower in Canada. I choose Thailand over Korea because there are no drunk ajjeoshis here spitting, touching my belly while saying shit like,”Hungry.” Although, I sweat in Thailand like I’ve been spit on by 9,000 ajjeoshis.

Five minutes before a set starts — where’s your mind at?

Lately, before going on stage, I have been reminding myself how lucky I am to do this for a living and to be grateful for the crowd. Not always. Sometimes I’m thinking about what I’m going to eat after the gig or whether or not I forgot to turn off the air conditioner before I left the house. I’ve been in comedy now for over 11 years, so nervousness is not as much a part of it anymore. Favorite and least favorite venue you’ve had so far?

Favorite venue: Headlining a show at an arena in my hometown. It was the only time my father saw me on stage. He passed away not long after from cancer.

Least Favorite Venue: A living room gig I did in Halifax, Nova Scotia, Canada. Some rich dude paid me $600 to come do 20 minutes at his house for a dinner party. I wasn’t worth it.

You just came back from a successful Canadian tour. How is comedy perceived differently in Asia and North America?

It’s not really. Funny is funny. However, in many Asian countries, stand up comedy is in its infancy stage. So, there is a lot of hack stuff. In Asia, stereotypes are popular. There is much more of a proper industry in North America, but the scene in Asia is definitely the fastest growing scene in the world.

Ever regret any of your jokes?

Favorites comedians that come to mind are Stewart Lee, Jim Jeffries, and Brian Regan. I think Ali Wong’s Netflix special is the best one on there. The best act I seen live was Dave Chappelle at Just For Laughs two years ago. He made 90 minutes feel like 15.

How long of a set could you do on Donald Trump jokes?
As long a set as I wanted to really. He is low hanging fruit. I got a chunk I do on American politics and Trump. About 5-6 minutes. That’s enough for me. I’m not a political satirist and at this point the name Trump is the punchline.

Can you tell a joke in Korean?
Park Geun-hye.

Brian will be performing at HQ Gwangan this Friday in Busan at 10 p.m. as part of his seven city “Rice Kimchi Laugh” Comedy tour. Tickets are 10,000 won at the door and there are no advance ticket sales, so get there early. 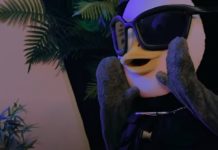 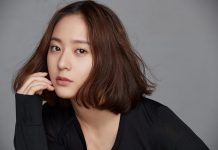 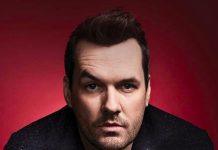