Well, PIFF has come and gone. It‘s now Monday and I’m back at work, phoning in lessons to the half-dead pieces of driftwood that pass for community college students, and sadly soaking in the reality that despite all of the excitement of this year’s festival, that I am just another ESL monkey slogging it out in the trenches of the Peninsula. Last week I was an international man of mystery, living on a diet of film, shrimp platters and complementary wine.  I was hobnobbing with diplomats and directors. Today, I am back in the wilds of Yeonsan-dong, explaining to the housewives the difference between I am bored and It is boring for the 47th time in my ESL career.  PIFF is always great, but the comedown’s a bitch.

I’d like to thank the city government of Busan, along with the embassies of several different countries, for providing me with enough free booze to fuel an Irish funeral. This PIFF will be remembered primarily for its parties, which I crashed and attended with the gusto of a newly converted religious fanatic. In course of five days, I could be found slithering around the following soirees:

The Opening Night Party, where I snuck in through the service elevator, shadowed Willem Dafoe, and drank with two Brazilian gate crashers.

The Canadian Embassy Party, which, while not as mighty as last year’s throwdown, was still a noble effort. Unlike their American cousins, Canada really shows up to PIFF, so the Canucks â both Franco and Anglophone, can hold their toque-adorned heads up high. Pretty good movies, eh?

The Asian Film Forum, which was a buyer’s gathering filled with stiff suit types. Definitely the least-glamorous of all the shindigs I attended, but the buffet contained some real artillery, including sliced-on-the-spot roast beef.

The Thai Party, which consisted of an interminable video presentation featuring outtakes from a cheesy action film staring Princess Ubolratana Rajakanya, who was also in attendance, sitting at the front of the room in her own plush throne. There were also beautiful Siamese dancers and a man painted entirely blue.

The Showbox Party, thrown by the Korean film company of the same name. This was probably the biggest gathering of all, and the most Korean in flavor. They served custom-made makkeoli and had a magic show that was pretty frikkin’ cool. I attended with my old friend, local film maker Kim Ki-hoon, whose feature, The Boy from Ipanema, debuts next month in theaters across the country.

The Spanish Party, which had great music and even better wine. It was also the only outdoor party I managed to attend. Spain is kicking ass these days and guess what? They know it. Lowlight: Getting sneered at by a diplomatic type as I greeted him in my heavily Mexi-fied Spanish.

The Czech Party, which was the smallest party, but totally wins for pure amount of gargle vs. attendees.  The Czech Ambassador is a badass, and probably drank about eighty glasses of wine, which, like the beer, was actually from The Czech Republic.  I took my friend Sam and we got totally hammered and no one cared.

The Press Party, this non-event happened in the top floor of the Grand Hotel. Silly me, I always thought journalists were some kind of savage drinkers. I guess those days are over, along with things like actual newspapers. Snooze…

The Kurd Party. Even though most Kurds are Muslims, they had no problem plying the rest of us infidels with copious amounts of alcohol. This was the most authentic party in that there were actual Kurdish musicians, singers, and dancers. I  joined the big, linked-at-the-pinky chain dance, which never seemed to stop.  In fact, I think they may still be there, dancing away.

The Italian Party.  The best part of this swanky little get together was watching four stylish men from the Italian embassy nearly have aneurysms when they discovered that the wine being served at the bar was from California.  Cali-fucking-fornia.  Can you imagine their horror?  I actually felt bad for the Koreans behind the said bar, who were forced to endure the torrent of abuse. I left early, snickering into my big, Yankee hand.

Risking liver failure, I attended none of the final parties of the festival, missing a chance to meet Olly Stone, who was in town to spread his radial socialist agenda and foment conspiracy theories.  I am told that the closing ceremony was a hoot, but I chose instead to pass the evening down at the Chagalchi Festival, which always coincides with the closing of PIF,F and is a good gritty local contrast to the international glamour of the latter.  I switched from free wine to cheap soju, and paid for it dearly the next day, when my blood felt as if it was made of modeling glue.

As for films?  I attended seven this fest, not a record, but a healthy amount. Like each year, I chose my films quite randomly, and was generally pleased with my selections. One film did stand out, however. It was a Russian one called How I Ended This Summer, a taught-as-wire psychological thriller set on an island in the Arctic Ocean. It was the last film I saw, and easily the best. Not a bad way to go out.

So, there you have it, kids: Another fest down and another couple lines in my face. Let’s do it again next year. Whaddaya say? 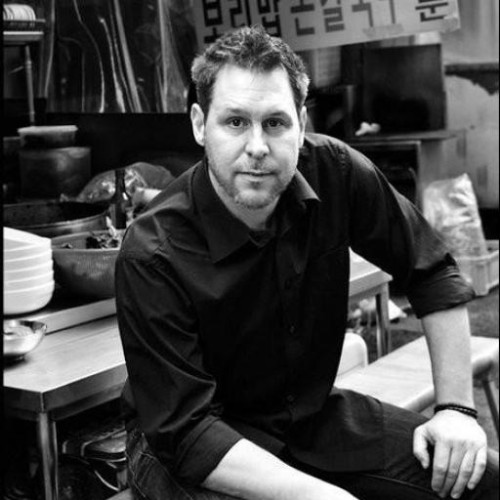