Busan is rich in history with a wealth of it on display around the city’s museums. 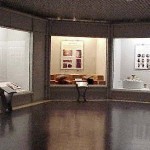 Bokcheon-dong Museum is a branch museum of Busan City built on the location of ancient tombs in Bokcheon-dong. The museum was created as a park with a historical concept and presentation based on the historical investigation of the local tombs. In addition to indoor exhibition rooms, is an outdoor dome exhibition room. The site of each tomb is indicated by a planting box tree, giving the visitor an idea of the overall historical layout of the area. 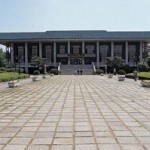 The Busan Museum, offers seven regular exhibition rooms spread over three floors in addition to the Kiln Exhibition Hall, and the Outdoor Exhibition Hall. Opened in 1978, the museum has taken on a leading role in preserving traditional culture in Busan by obtaining a wealth of relics from strong excavation efforts, generous donations and purchases, and by meticulous research.

The museum was remodeled in 2002 along with the opening of Exhibition Hall 2. The wide array of relics ranges from the Prehistoric Age to the modern period. The Outdoor Exhibition Hall is home to precious pagodas, Buddhist statues, and monuments. There are over 6,000 items from excavations in Busan and the Gyeongnam area in addition to items that have been purchased, donated, and collected. Those relics reveal the important historical and cultural heritage of Busan.

Established in 1959, The Dong-A University Museum’s houses over 3,000 artifacts,. Two of which are included in the Korean National Treasures registry.

The museum exhibits a variety of genres of storied old art including calligraphy, ceramics, paintings, folk culture, and historical documents. 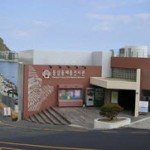 Dongsam-dong Shell Midden or Shell Mound is located on the west coast of Yeong-do Island in Dongsam-dong.

This archaeological site consists of a midden of shells of various mollusks that were discarded in a relatively small or restricted area by people who lived there in the Jeulmun Pottery Period. It was excavated three times by archaeologists of the National Museum of Korea from 1969 and was found to be the among oldest Jeulmun middens so far discovered in the southern part of the Korean peninsula. The presence of Yunggimun pottery indicates the site was occupied for a time between 8000-7000 BC, but many absolute dates generated from carbon that was excavated from the site indicate the site was also occupied in the Middle (c. 3500 BC) and Late (c. 2000 BC) Jeulmun sub-periods.

A variety of artifacts, including three types of pottery (patternless, comb-patterned, and tools made of bone and stone were uncovered. Artifacts and features from Dongsam-dong provide insight into the way the people of the area lived as well as into the cultural trends of the times. While the focus on this outdoor âmuseum’ is on the quirky art to be found nestled between the houses, the history of this place is just as interesting. Once home to hundreds of refugees fleeing south during the Korean War, the ramshackle makeshift dwellings developed over the years into the maze of houses you see now, which makes a refreshing change from the city’s skyscrapers. Follow the arty fish arrows and you will wind your way around the village, from the âhouse of peace’ to the book cafe, and even some trick art that blends seamlessly into the landscape. Artists have been returning yearly to Gamcheon Village since 2009, transforming abandoned buildings into unique art installations. The majority of residents welcome the rejuvenation, one lady saying the area is livelier and prettier thanks to the new investment, although taking care not to wander onto private property is greatly appreciated.

A variety of artifacts, including three types of pottery (patternless, comb-patterned, and applique patterned), and tools made of bone and stone were uncovered. Artifacts and features from Dongsam-dong provide insight into the way the people of the area lived as well as into the cultural trends of the times. 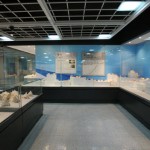 The major exhibits of Busan Marine Natural History Museum include the largest existing man-eating clam, arapaima (the largest living freshwater fish), oarfish (a legendary fish that is said to live half of the month in the mountains and the rest in the sea), whale fish (the largest living of the fish species), jumbo squid (the largest of the squid species), a blade bone fossil of a dinosaur, piranha (an omnivorous freshwater fish that inhabits South American rivers), sturgeon (toothless bony fish species, whose eggs are often eaten as caviar), water monitor (the second largest species of lizards), alligator snapping turtle (giant turtle with strong teeth and a violent temper), spur-thighed tortoise (the third largest turtle in the world) and more. 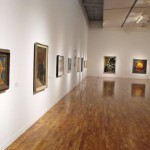 Located in U-dong, Haeundae-gu, Busan Museum of Art is a main cultural attraction along with Busan Cultural Center, Busan Citizens’ Hall, and Busan Museum. Opened in 1998, this spacious museum with five floors offers exhibition halls, archives, educational rooms, and an outdoor sculpture park. It displays and collects a rich array of arts from various genres; it is actively involved in international exchanges with other countries and conducting research. Nurturing artists and offering high quality exhibitions, the museum provides visitors with excellent opportunities to appreciate art. 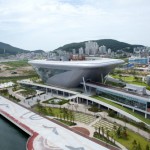 This museum is huge, absolutely massive, and super modern – it looks like the starship enterprise has landed. Built in 2012, it’s the 3rd largest museum in South Korea and has lots to offer. On the 1st floor is the special exhibition hall that changes themes roughly every six months – currently exhibiting the effects of climate change. Head upstairs and you’ll be surprised to find a small walk-through aquarium and a shallow pool where you can actually touch baby sharks. There are also boat simulation games, a small 4D cinema and a large scale model of Yi Sun-sin’s famed turtle ship. While the location is a little out of the way, the website offers great information on what else is on offer in the area, such as Gamji seaside walk and Mount Bongnaesan. 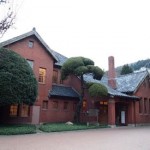 Opened as a memorial hall in 1984, this was the location of Korea’s provincial capital during the Korean war under President Syngman Rhee from 1950 to 1953. A beautiful building with a mix of western, Japanese and Korean styles, the original layout has been preserved, providing an insight into daily presidential life. Most impressive are the two video presentations, available in English, in the ‘Room of Thought. They focus on the life of Busan’s 500,000 war refugees with original film footage depicting their harrowing ordeal. Continue through the hallways and the dapper gentleman guide is on hand to fill you in on the president and his western wife Francesca. Behind the hall is the theater, which really comes to grips with refugee life. Showing the resilience of these people who managed to retain industry, culture and education at this edge of the war-torn peninsula.