One of Busan’s premier expat events, Poetry Plus+46 returns this Saturday, May 19th after a nearly nine month hiatus with an impressive list of performers old and new.

The brainchild of Indiana native Kenneth May, Poetry Plus is one of the longest running expat performance events on the peninsula and along with his other events, Liquid Arts and Wordz Only, have seen a combined 103 events under his belt.

The show combines a variety of acts — spoken word, epic stories, poetry, stand up comedy, music, theater, and mixed-genre performances. It also includes a visual exhibition as a slideshow of photography, illustrations, and drawings which will continually play on the monitors and screens throughout the night, showcasing the talents of local artists.

Doors open at 7:30 p.m. and the fun gets underway at 8:30 p.m. sharp at the Vinyl Underground in the Kyungsung University area.

A look back at Poetry Plus+41

Food will also be sold on premise as the Burrito Bike will be setting up shop selling burritos, tacos and burrito bowls for reasonable prices.

A large crowd is expected, so it’s best to arrive early to get a seat or preferred standing room location. To get there: In Kyungsung (subway stop 212). Go up exit 3 and keep walking straight. Starbucks is on your right. Turn right at the first street and walk 2.5 blocks. On your right, a sign with the Warhol banana. 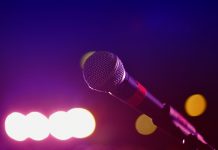 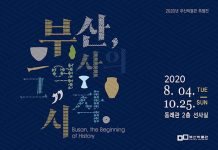