The Busan IPark’s dismal second half continued Sunday after dropping a 2-0 decision to table leaders Pohang at the Pohang Steelyard Sunday evening.

Kang Soo-il and Shin Gwang-hoon’s second half goals sealed the three points for Pohang, who kept a two point lead in the table with 33 points after 16 matches.

The IPark remain tenth in the table with three wins, five draws and eight defeats for 14 points on the campaign. 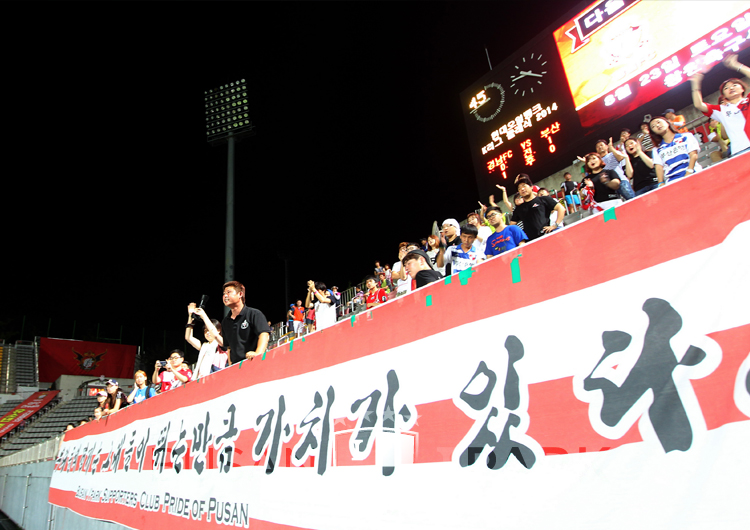 Busan IPark was relegated from the K League 1 on Saturday afternoon after losing 2-1 to Seongnam FC in the final game of the season.
Read more
Busan IPark

The K League 1 relegation battle will go to the last day of the season after Incheon United came from behind to beat Busan IPark 2-1 on Saturday afternoon.
Read more
Busan IPark

Busan IPark held on to secure a vital 2-1 away to FC Seoul on Sunday afternoon to move off the bottom of the K League 1 table.
Read more
Busan IPark

Busan IPark crashed to the bottom of the K League 1 table after a 2-0 defeat at home to Gangwon FC on Sunday afternoon.
Read more