Over a year after the explosive success of their hit summer song ‘Red Flavor,’ Red Velvet has returned with an equally bright and colorful mini album titled ‘Summer Magic.’

First on the 7-track album is title track ‘Power Up,’ an addictive up-tempo pop dance song. It features lively 8-bit game sound bits and playful lyrics that, as implied by the title, energize its listeners. On first listen, I found the song a bit childish and not really my cup of tea, but the youthful, refreshing summer atmosphere of the music is infectious. Later, I found myself subconsciously singing the song’s addictive hook line — “Ba-banana, ba-ba-banana-nana.”

The music video cleverly takes advantage of the song’s summery concept by featuring fresh fruit and flower visuals and a color palette comprised of bright blues and yellows, candy-like reds and softer pinks in between. The checkered outfits reminded me of summer picnic cloths and accentuated by quirky accessories. The music video fits the song and concept perfectly, making it all the more fun to watch.

Red Velvet is famous for choosing concepts for their albums based on the juxtaposing words comprising their group name. ‘Summer Magic’ features five other songs, in addition to ‘Power Up,’ that follow the format with bright, playful concepts.

Up next is track 3, ‘Mr. E.’ If you read the title aloud, you’ll find it’s a playful twist on the word ‘mystery.’ Using a lively melody line, Red Velvet sing about being drawn to a mysterious stranger. The song leaves a strong impression with its colorful animal and conga sounds, creating the illusion of being on a jungle safari.

What is summer without these pesky pests? Track 4, a new-style swing genre embedded with strong hip hop grooves, is titled ‘Mosquito.’ The song describes someone using annoying and flighty means, like a mosquito, to show their interest. ‘Mosquito’ features rich chords, powerful kicks and sharp rap-style verses.

Track 5, ‘Hit That Drum,’ follows with samba percussion instruments, cool brass sounds and heartbeat-like bass lines to create a passionate and energetic song reminiscent of a South American samba festival. The powerful, confident vocals do justice to the sound-like lyrics, which liken the pounding of a fluttering heart to banging on a drum.

‘Blue Lemonade’ is track 6 on the album and my personal favorite. It’s an urban pop dance song featuring a rhythmic synth base, bubbly background sounds and a witty lyrics, making it a playful song that goes well with summer despite its more relaxed atmosphere, or as Red Velvet would describe: “summer evenings melting in the mouth.” I love how the vocals seem softest, most smooth in this song.

The album closes with track 7, an English version of ‘Bad Boy,’ the promotional single from their January re-package album, ‘The Perfect Red Velvet.’ It’s more reflective of the group’s velvet concept, as a hip-hop based R&B dance song with groovy synth melodies and a heavy bass sound. The song is a thoughtful gift to Red Velvet’s huge international fanbase.

Be sure to check out the music video for ‘Power Up’ and download the album on iTunes! 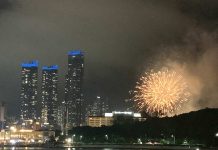 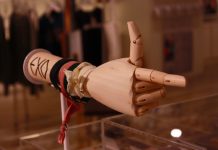 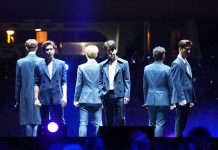