With the sad and sudden passing of world renowned chef and presenter Anthony Bourdain, he was also no stranger to the peninsula and its cuisine.

An avid lover of Korean food, Bourdain filmed the opening episode of 2015’s “Parts Unknown” in Seoul eating soondae, japchae and dduekbokki in Gwangjang Market in Seoul, in addition eating bbuddaejiggae, also stating “in case you miss the Korean war”.

Bourdain previously featured Koreatown in Los Angeles in his second episode of the show in 2013.

Bourdain also visited Korea in 2006 when he filmed an episode for his “No Reservations” program.

In this video from 2015, he shows CNN’s Anderson Cooper how to cook bbuddaejiggae and talks about his experience filming in Seoul.

Bourdain was 61 at the time of his passing. 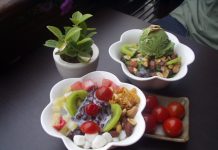 Learn to Make a Delicious Patbingsu at Home Soup’s On! A Few Recipes to Warm You Up Inside

The Dish: When East Meets West – Tasty Variations on the Pancake 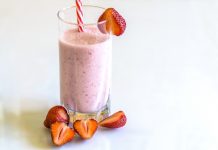 Cool Down this Summer With this Great Strawberry Milkshake

The Dish: The Art of Spring Rolls