Shopping in Busan: The Basics

I was recently approached in a KSU bar by a rather scandalously clad young Brit, and asked if I wanted to be her new shopping pal. She said she needed a friend who could tell her what looked good and where she could find “High Street” Busan. I politely declined, as I could see we might have a few differences of opinion in the style department (it seemed wise considering her crotch exposing outfit) but it did get me thinking: When I first got to Korea, I too had no idea where to start. Where was I to find my size or my style in the myriad of women’s stores Busan has to offer? Also, being six-feet-tall, without a hint of the word petite, I felt the severe limitations of my options to the point of them being none at all. Luckily, thanks to good friends and hours of experimentation, and at times humiliation, I found there was plenty to choose from and the choices are increasing every year.

Challenge Number One: Where to Start

Nampo-dong is the number one shopping area where most all of your bases are covered; from the high-end to the 5,000 won stores. The newly opened Lotte Department Store has the largest of the Zara franchises in town, a well-stocked MNG, and all the luxury brands your credit card can handle.

Along the main strip are plenty more options as well: an American Apparel (the prices might scare you compared to back home), Tommy Hilfiger, Accessorize, Guess and Korean brand Codes Combine are the highlights. There are also a number of second-hand Salvation Army type stores and Korean “boutiques” with more reasonable prices and unique pieces – though the outrageous prices of the “vintage” stores may dissuade you. Who’d have thought something you threw out in high school would now fetch such a mint!

PNU is the part of town where you’ll find some of the best cheap clothing stores mixed in with some quality outlet stores. 5,000 won stores abound here, with most of the
action happening in the several blocks closest to the subway station. Walk up a block towards the university, and you’ll find

“Fashion Town,” a street of international and Korean outlet stores boasting 20-70% off on a year-round basis. It’s hit and miss, so it’s not for the shopper who lacks patience,
but there are bargains to be had amongst some of the
world’s top brand names.

Then there is Seomyeon, which immediately brings to mind Lotte Department Store, as well as the underground shopping maze that spreads from the subway station outwards. The Daehyeon Underground Shopping Mall seems a never-ending and ongoing mission to find what you’re looking for in the countless shoebox-sized stores, and is thus not for the faint-hearted (or claustrophobic) shopper. Feel free to bargain a little in these stores – they’ll probably knock off 10% if you can charm them with your minimal Korean skills.

The Department Store: This is the place where you’re going to find some of your favorite western brands and a variety of sizes. The staff are frustratingly over-attentive, but without the bitchy attitudes of retail staff you might be used to back home. Lotte is rumoured to be in talks with H&M, so we may see the European megabrand down here soon.

Two of the best – Lotte in Nampo-dong and the tourist mecca Shinsaegae in Centum City – offer most anything the brand-hungry shopper may want. Korean “boutiques” (those little stores with the interesting window displays and the bored retail staff sitting inside updating their Cyworld pages) can be a gold mine with better quality basics and unique pieces at reasonable prices.

5,000 won stores: My favourite spot to pick up cute and quirky t-shirts. These overcrowded, brightly lit Aladdin’s caves may seem intimidating, but I recommend you give them a shot. Stick out your elbows and steal your nerves – there are hidden gems to be had. Just be aware – this is quantity over quality shopping.

You are going to hear “one size” and “no big size” more than once if you opt for the cheaper and independent stores. Depending on the style, “one size” is anywhere between small and medium for girls, and medium to large for guys. A lot of these stores have changing rooms, but it’s the luck of the draw if they’ll let you try something on. In my experience, being polite, smiling and using as much Korean as you can muster goes a long way. It may be tempting to surround yourself with a posse of shopping pals, but it often makes the retail staff uncomfortable and therefore less helpful.

Finally, if there’s one tip I can offer you it’s this: BE BRAVE! You never know until you try something on, and just like your mama says, “You won’t know ‘til you ask!” You’ll probably experience more failure than success to begin with, but with a bit of persistence and a coffee break or two, you’ll find something to spend your hard-earned Korean won on. 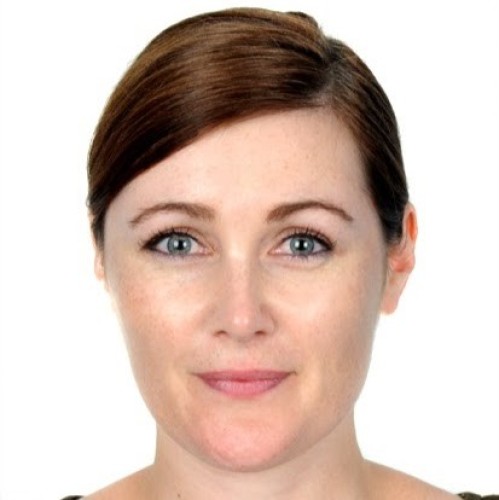