Top to bottom within Korean companies, they occur sometime between early December and early January, with the changes to senior leadership announced first, and team level changes as a norm made known the week just before or between Christmas and New Year’s Day.

After the holidays, teams then report back to work. Some assume new roles frequently in departments where they have little experience—requiring employees to acquire new skills—sink or swim.

In the days that follow, those shuffled brief their replacements, as staff remaining in their jobs update new management teams on the status of projects and issues.

Meanwhile, others will be en route to assignments in overseas operations; a challenge for those working outside Korea for the first time.

This can also be a challenge for local overseas operations.

In particular, it is common for those newly assigned to be unfamiliar or have very limited experience with the many nuances in the localized foreign business, as well as the new role and responsibilities. Not to mention, working outside Korea is in itself a learning curve that can take months and even years.

And I strongly recommend leadership—Western and Korean– have countermeasures in place to mitigate any transitional gaps. They do occur. In fact, over the years I have worked extensively to facilitate smooth transitions.

So, what to look for…

The top Chaebol will and have begun to announce key promotions, which can provide some insight into future trends. The Chaebol usually also comment on whether this year’s promotion number is more or less than in the past and the reasons “why.”

On restructuring, top Chaebol has already announced plans. These can range from granting more independence to business units to consolidating control.

In their restructuring, SK Group elevated a number of executives to vice-chairman level and granting independent decision-making authority to their key affiliates that span from semi-conductor chips, batteries to wireless network, energy, and biotech.

In contrast, Samsung Electronics noted as a shake-up they will merge three of their business units.

Samsung also announced several changes in its corporate policies. With the new year, they will employ a new personnel management system. Under the new system, Samsung will abolish a set of requirements before an employee gets promoted to a certain level, such as a minimum term of service that lasts roughly eight to 10 years. Instead, top-performing employees will be eligible for their work performance and expertise to be taken into account as key factors for promotion over time in grade.

The Hyundai Motor Group, too, has announced its executive reshuffle. To align with the new Chairman E.S. Chung’s future vision, we see a plan to bring younger faces on the C-suite with a focus on future mobility and on technology sectors such as infotainment, ICT, and autonomous driving. This then means many of the current leadership are stepping aside to the advisory posts.

This said, as in the past, with the new year, we can expect leadership will share their 2022 plans in an annual New Years’ company announcement, too. I monitor closely and as they are in Korean will share when appropriate and upon request.

As a final note, for western global teams, I suggest congratulating those who are promoted but also being sensitive to Korean team members who were passed over… or possibly moved to what may be seen as a less strategic assignment.

BTW Time in grade is just a criterion for promotion, or in some cases, if a junior is promoted over a senior it is deemed as their time to retire. 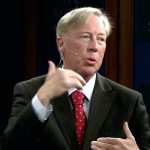 Don Southertonhttps://www.bridgingculture.com/
Don Southerton is the Founder and CEO of Bridging Culture Worldwide.