Each year, hundreds of the best bands from around the world converge on Hongdae in Seoul for Zandari Festa, Korea’s SXSW. This is great, for music lovers up there, but what about us, here in Busan?

This year, No Life Music has partnered with local venues to bring the top talent to town.

Here’s a brief round-up of all the bands to catch at Zandari Festa Busan Showcase:

Never heard of speed-folk freak-punk? Bohemian Betyars is here to change that. Taking their name from the outlaw Betyar bandits of the 18th-19th century, this Hungarian fiddler band plays a blend of psychedelic ska-punk with Hungarian, Balkan, and Gipsy elements. Not sure what that means? Try catching them at Basement Pub: Saturday, September 23 at 10pm for what the band calls “bitter revelry.” No cover.

An ambient rock trio from the UK, Eyre Llew has been featured on BBC Introducing, Kerrang! Radio, Drowned in Sound, and The 405, among many other outlets labeling them “ones to watch.” And rightly so. The band’s sweeping, cinematic sound has earned them festival appearances at The Great Escape, Dot to Dot (UK), Fforest, Perth Music Expo, Macmillan Fest, Riverside, Splendour, Hockey Hustle, Carefully Planned, and Rockaway Beach among others. With nine singles released since August 2014 and a debut album due October 2017, they’re now headed to Korea for Zandari Festa with a special stop in Busan. Catch them Wednesday, September 27 at HQ Gwangan. No cover. (Featuring Bosudong Cooler, with acoustic sets from Blake Roberts and Gino Brann.)

The strength of their debut EP “Pantophobia” earned them critical acclaim from NME, Drowned in Sound, and Fred Perry Subculture, as well as slots at UK festivals such as Reading & Leeds, Y Not, Handmade, Dot to Dot, and The Great Escape. With backing from BBC Introducing and tracks playlisted on both Radio 1 and Radio 6, Crosa Rosa are now making their international festival debuts at Mondo (USA), MUCON and Zandari Festa. Catch them at Club Cynic on Thursday, September 28. 8pm. 15,000 with one free drink.

Considered one of the best emerging talents in Russia by both industry insiders and music lovers, Vladivostok’s Starcardigan are the new royalty of Russian electronic pop and nu-disco.

Having completed a 2016 China tour deemed one of the biggest in the history of Russian musicians, including stops at Midi Festival, Nu Art Festival, City Park Fest, and triumphant shows at V-Rox Festival and PROSTOR, where they won accolades as best band of the Siberian and Far Eastern regions, they’ll be in Busan for a performance at Basement Pub: Thursday, September 28th, 10pm(with Korean electro-poppers Neutral Libido.) No cover.

This melodic punk trio from Singapore will soon be celebrating 10 years together. Read that again: that’s like 125 in punk. These veterans know what they’re all about, and the stagecraft and songwriting show it. Iman’s League is tight, punchy, and catchy as hell. On tour to promote their 4th album “The Only Way Is Up,” they’ll be performing at Club Cynic on Saturday, September 30 (with local support from pop-punk rockers My Golden Age and Lose My Memory.) 8pm showtime. 15,000 with one free drink.

Swedish? Yes. Do they rock hard? Duh. Metal-punks Browsing Collection are catchy, wild, and bursting with attitude. They’re out to prove “they’re just like every other band, only better.” With a second album due for a fall release, Browsing Collection is headed to Basement Pub: Sunday, October 1st 8pm (with grunge/alternative rockers 3VOLT.) No cover 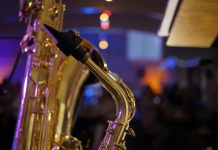 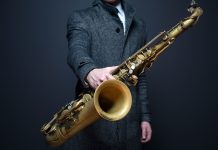 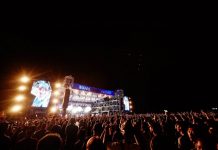 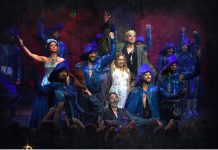 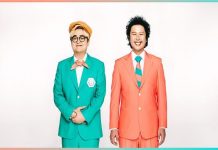